Thank you! We’ve hit the one million mark! 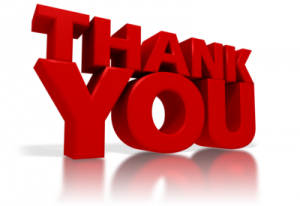 More than 15% of the comments submitted to the EPA have come from the neighbors, families and friends of electric cooperative members in South Carolina.

Stacked on top of one another, these one million comments would stretch nearly ten stories higher than the Statue of Liberty.

“The drive to one million has not been a simple task,” says James P. “Pat” Howle, executive vice president and CEO of Horry Electric Cooperative. “It would not have been possible without the dedication and determination of all the electric cooperatives; their leadership, their employees and their membership.”

South Carolina, which accounts for less than 4% of co-op membership in America, is responsible for 15% of the comments submitted. “Our stack alone would measure about 60 feet – from Lady Liberty’s lower shoulder to the end of the torch,” says Howle.

“While reaching this milestone is cause for celebration, now is not the time to take a break,” says Jo Ann Emerson, CEO of the National Rural Electric Cooperative Association. “There’s still more time for us to grow the number of comments that we’ll send on this proposal.”

The EPA recently extended the original comment deadline by 45 days. “We now have until December 1 to continue working to encourage even more people to make their voices heard,” says Howle.

To add your voice to the conversation, just visit sc.tellepa.com.  “Be sure to tell your family, friends, neighbors, coworkers and fellow church members,” says Howle, adding that postcards are available in both of the cooperative’s offices for members and others in the community to fill out.  “We’ll be glad to take care of sending all of the postcards returned to us directly to the EPA so we can continue to build our stack.”