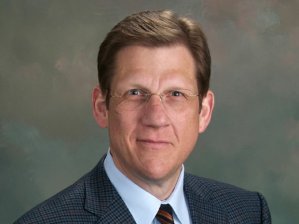 As consumers of electricity, we take it for granted that affordable and reliable power is always there when we need it. We walk into a room and flip a switch, and the lights come on.

We have that luxury because 75 years ago, some forward-thinking South Carolinians banded together to form the state’s first not-for-profit electric cooperatives. Bringing electricity to our homes and businesses was an important short-term objective in the 1930s, but those co-op pioneers were doing more than planting poles and stringing wire. They were building a new way to empower their communities. To use a sports metaphor, they were playing the long game.

Today, South Carolina’s 20 member-owned cooperatives operate the state’s largest utility network—70,000 miles of line serving some 1.5 million people in all 46 counties. Delivering electricity remains our daily work, but true to our roots, co-ops continue to work for a brighter Palmetto State future in ways you might not expect.

Co-ops are uniquely capable of doing so by virtue of our members-first business model. We don’t answer to Wall Street or corporate bondholders. Our only bottom line is our members’ interests.

That’s why many South Carolina co-ops offer community-assistance programs such as Operation Round Up. Co-op members can elect to round up monthly electricity bills to the next dollar, with the difference going to fund community needs. This powerful idea started in South Carolina 25 years ago and has spread nationwide as a living testament to the cooperative difference. (Editor’s note: Look for a full report on Operation Round Up’s 25th anniversary in the October issue.)

Our member-service focus is why we created the South Carolina Power Team, a joint project with Santee Cooper to entice new businesses to the Palmetto State. Creating jobs does more than generate new paychecks; it strengthens our schools, churches and communities, and that has a positive ripple effect across generations.

A proven legacy of looking out for members’ interests is an important distinction when we deal with lawmakers and regulators coming to terms with a changing energy landscape in America. It allows us to serve as honest brokers of information and gives us the credibility to bring competing stakeholders together for the common good. Case in point: Co-op representatives, speaking on your behalf, were instrumental in crafting a new state law on distributed energy resources that will level the playing field and benefit all South Carolinians for decades to come.

Another example of the co-op difference in action is our campaign to reduce work-related injuries. In the course of a year, we reduced loss-time accidents by 75 percent at 75 percent of our co-ops. That’s a wonderful accomplishment in its own right, but instituting a heightened culture of safety—that’s playing the long game.

Such efforts might appear unrelated to electricity distribution, but they are powerful examples of the co-op difference. Ultimately, success in these initiatives can be credited to our ability to walk the walk and live up to our core philosophy.