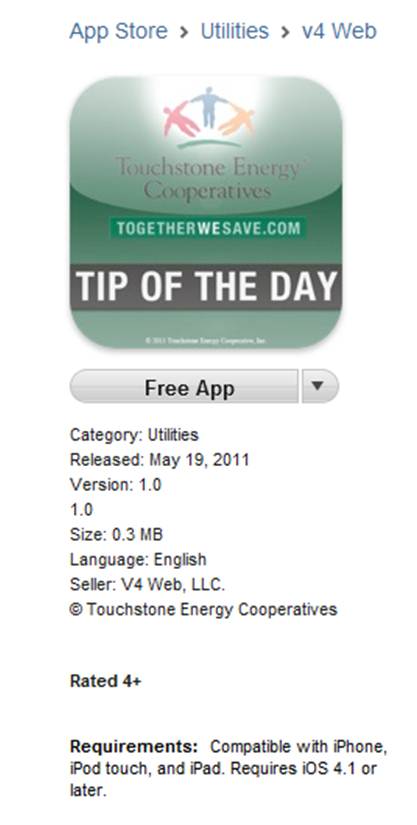 Everything you do, no matter how small, can add up to big savings. From flipping a switch to upgrading to CFLs.

“As a  Touchstone Energy ® Cooperative, Horry Electric provides a wide variety of energy information on horryelectric.com and through TogetherWeSave.com, but now we’re able to deliver an ‘energy tip of the day’ directly to your iPhone, iPad or iPod touch,” says Penelope Hinson, manager of public relations, marketing and energy management for Horry Electric.

The Touchstone Energy ‘tip of the day’ isn’t the first app provided by Horry Electric and other participating electric cooperatives. “Several weeks ago, we announced the availability of the Co-op Connections app and we hope members are taking advantage of it,” says Hinson.

Both apps are FREE and can be found in the Apple iTunes store or through other sources such as App Shopper.

“Give it a try and then let us know what you think,” says Hinson.  “We especially want to hear from members who proactively use the apps to their advantage.”